You could say that all longbow shooting these days is sport as we do not have to use the longbow for anything else now.  However, what I mean by sport here is target archery and field archery as well as the other less commonly pursued disciplines of clout, popinjay and roving marks.  Though the last of these crosses over to my next chapter where I look at longbow shooting as a martial art.

The longbow has been handed down to us through the centuries until it reaches us here and now in a form which possibly owes as much to the Victorian era as to the more remote earlier eras.  Essentially Victorian style target archery is the style in which most of us initially encounter the longbow.  It is the style of shooting that has been adapted into Olympic type target archery with the modern recurve.  Most of us start our archery careers on a modern recurve (cheap composite recurves from Korea have largely supplanted the solid glass fibre training bows of old).   The next step for those of us inclined that way was to try a light longbow on the same target range.  You could then go on to continue and develop shooting in that style while staying within the GNAS / FITA type organisation.  Other archers may progress to longbow in the field setting, possibly in a NFAS club – and so re-experiencing another dimension to the longbow as a hunting weapon, albeit simulated hunting in the UK.

As a sporting archer you can experience the sheer versatility of a weapon which could hardly be simpler.  Most modern bows are more specialised for specific disciplines i.e field bows and target bows and often require various gadgets and attachments.  Also disciplines for many modern archery styles only allow specific bows.  A longbow may be quite expensive to purchase initially (though no more than a good quality modern bow), but you will then be able to legitimately use that same bow for every discipline of archery there is.  The longbow is the only type of bow you can do this with.  You can make your own wooden arrows and there are also no gadgets and gizmos to waste your money and time. Shooting in the longbow is also thus very economical and simple, lacking a lot of equipment set-up and adjustment time and fiddling about associated with modern archery.

The most adventurous of longbow archers may indeed venture to making their own bow. This is not uncommon and within the reach of the amateur at home.  Making modern bows requires specialist tools, equipment and adhesives but a working wooden longbow is possible with ordinary domestic hand tools – and the skill that any good handyman would possess.

The typical longbow used for target sports these days differs in a few important points of design from the old medieval and Tudor weapons.  These changes in design took place gradually over the centuries from the 16th onwards.  Most longbows you see today are made from laminations of wood.  During the Middle Ages good quality yew became rarer and rarer, and it really is the only wood on its own that suits the longbow’s deep, narrow limb design in heavy draw weights.  Other woods when used alone tend to fail completely in this design or at best produce a bow with mediocre performance, unless you are somewhat lucky or have an exceptional piece of wood or are just making a light bow.  However it was discovered that the qualities of yew can be imitated by matching woods with different properties together.  A good bow could be made if a strip of wood with good extension-strength was used on the back of the bow, strongly glued to a wood with good compressive strength forming the belly and main body of the stave.  This could be further improved by dividing the back and the belly with a separate wood core.  This core tends to act as a shock-absorber improving the shooting feel of the bow and further strengthening the stave.  References to laminated bows first seem to appear in the 16th century and Ascham in ‘Toxophilus’ does briefly advise bowyers to ‘make their bows from strips of wood’.  Does this refer to lamination?  It is unfortunately too vague a statement to be sure. 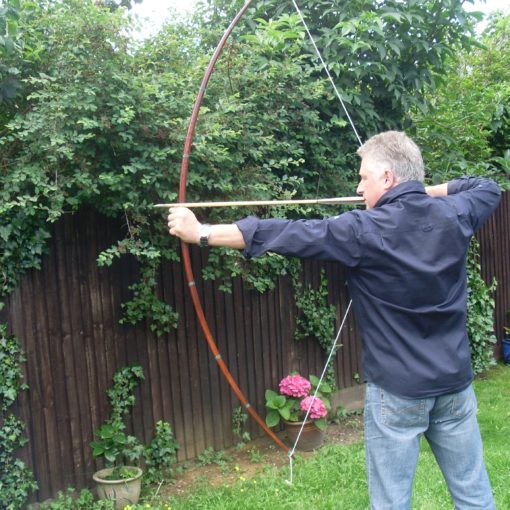 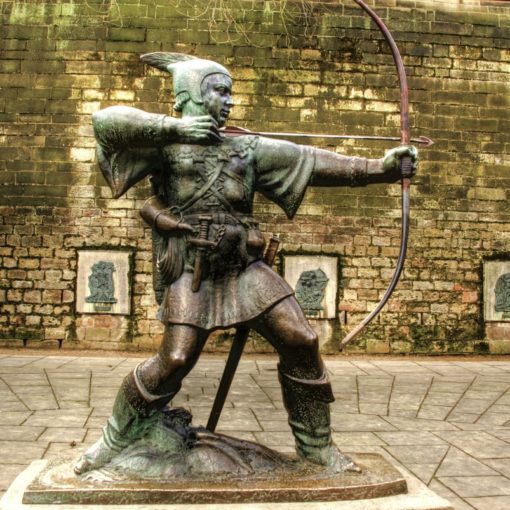 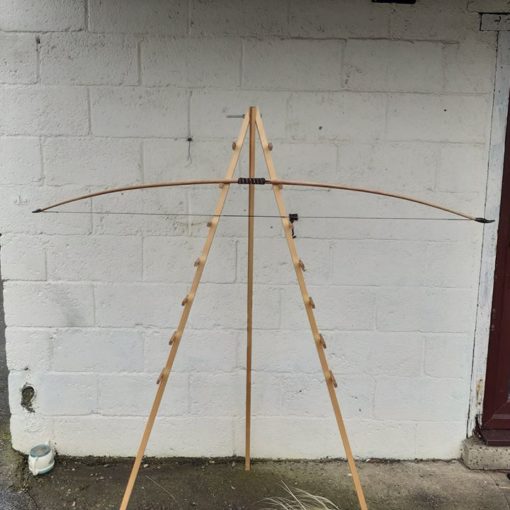 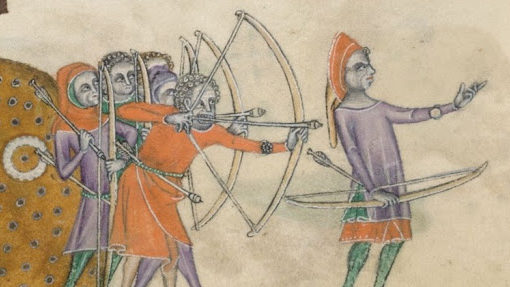